Average distance in miles travelled per person per year, by mode of travel. Describe the information in the table and makes comparisons where appropriate. Write at least 150 words. 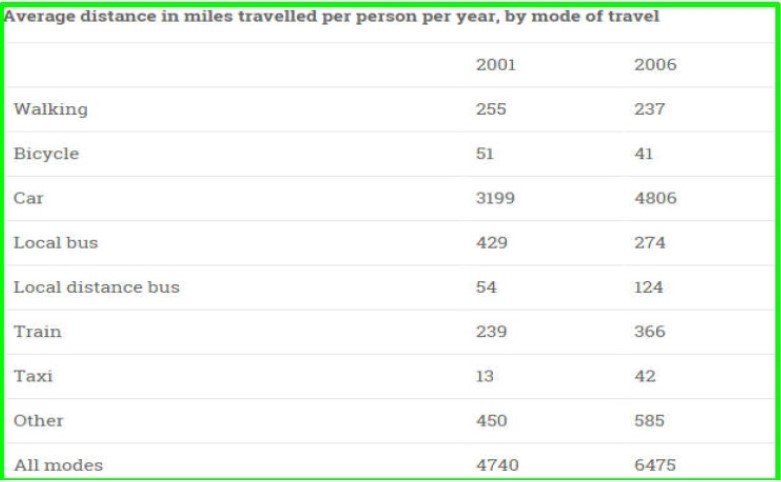 Sample Answer of Average Distance in Miles Travelled Per Person Per Year, by Mode of Travel

The following table shows the distance travelled by persons in miles annually by different modes of travel. The data is provided for the years 2001 and 2006. Overall the total distance travelled, by all means, is 4740 in 2001 and 6475 in 2006 which may be a due increase in population or the transportation.

On the other hand, with the adamant of personal cars, people are not walking anymore which decreased from 255 miles in 2001 to 237 miles in 2006. The people were not fond of using bicycles earlier, which further declined the letter year to 41 miles. The use of public transport such as local buses has decreased to almost half the miles from 429 to 274.