Home
Speaking
Describe an old friend you got in contact with again.
ADVERTISEMENT

Describe an old friend you got in contact with again.

You should say
Who he or she is?
What he or she is like?
How did you get in contact?
And explain how you felt about it?

Sample answer of Describe an old friend you got in contact with again.

who he or she is?

Friends are the most important part of our lives and we all spend most of our daily routine with them. We can share many things that we can’t share with even our family members.

We find friends at all stages of our lives whether we are at school, college, or at work, we have friends all the time around us.

I’d like to talk about one of my school friend Anand, to whom I met when I was returning from a birthday ceremony

We study together for almost 7 years with each other then we have chosen different fields, as he chose to engineer and I got admission to commerce trade.

He is very tall in appearance; neither he’s so handsome and very helping in nature. He was very intelligent than me and the rest of my classmates.

He is not only intelligent in his family, but his elder and younger brothers both are intelligent like him.

They all are intelligent inherently, and the teaching status of there was an additional factor of their focus on studies.

As I mentioned earlier, I was coming back to my house from the birthday ceremony of my nephew, I saw him in front of his house.

He told me that he has been shifted a year ago as they purchased a ground plus two floors building there in Lajpat Nagar.

When he saw me he calls my name very loudly Jai! He was talking to someone on the phone.

And explain how you felt about it?

When I saw in front of me I really got surprised and happy at the same time because we were meeting after such a long time almost 5 years I guess.

We stood there and talked for almost 2 hours and discussed various past events of our lives that were happened in the last 5 years and we also talked about other friends common that, who is doing what.

One shocking thing that he told me is about the death of his father, who was a nice gentleman and a very well-behaved person.

He told me that his family has searched for a girl for him for marriage and he got engaged with her and soon he is going to marry her.

Meeting with Anand is very exciting to me especially after such a long time, it really reminds me of the time of our studentship when we studied and played together.

Also, Read Describe a line that you remember from a poem or song. 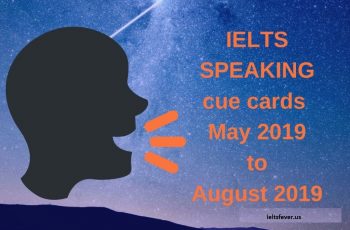 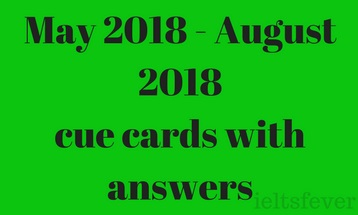