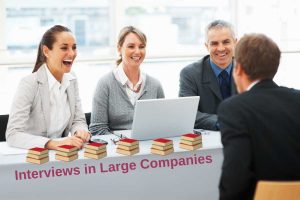 Interviews from the basic selection method for most large companies. However, some people think that an interview is not a replace method of choosing whom to employ and there are other better methods. To what extent do you agree or disagree?

Today is an era of cutthroat completion, individuals in modern epoch are engrossed in mundane affairs lion’s share of individual do the job in different bureaus, while their selection process interviews are conducted. Many individuals believe that interviews are not a trustworthy way of selection and there are a plethora of other techniques too. I firmly agree with this statement and I intend to highlight my views in the following paragraphs.

To embark with, there is no doubt a handful of masses work day and night to fulfill their cozy lifestyle and high expenses. While renting folks multinational companies sometimes follow the traditional method of interviews but there are myriad of other techniques that play an instrumental role in the selection of candidates. Firstly, individuals profile depicts a lot about the credentials so demonstrations sessions can be conducted by the employers instead of the interview session. Secondly, many enterprises hold only written exams to judge the academic level of the respective candidates. For instance, in large companies pen and paper method is weel by the enterprises.

To elucidate further, sometimes the written test is followed by group discussions another convention all method is a conversation as communication plays an integral role in judging the person capability as in salesman job, apart from qualification spoke skills are performed by the workers. In addition to this conversation written exam, group discussion and interviews are the methods used by the numerous companies.

To recapitulate, I put my pen down by saying that each method has its own advantages as well as disadvantages. However, instead of relying on one particular method that is interview enterprises should adopt a new innovative method to judge the night potential. 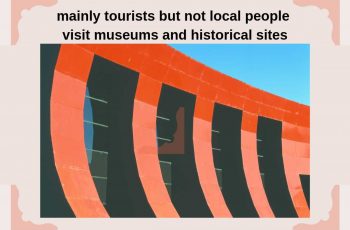 In many countries, mainly tourists but not local people visit …