The pie charts below show the percentage of housing owned and rented in the UK in 1991 and 2007. Summarize the information by describing the main features of the charts and making comparisons where appropriate. 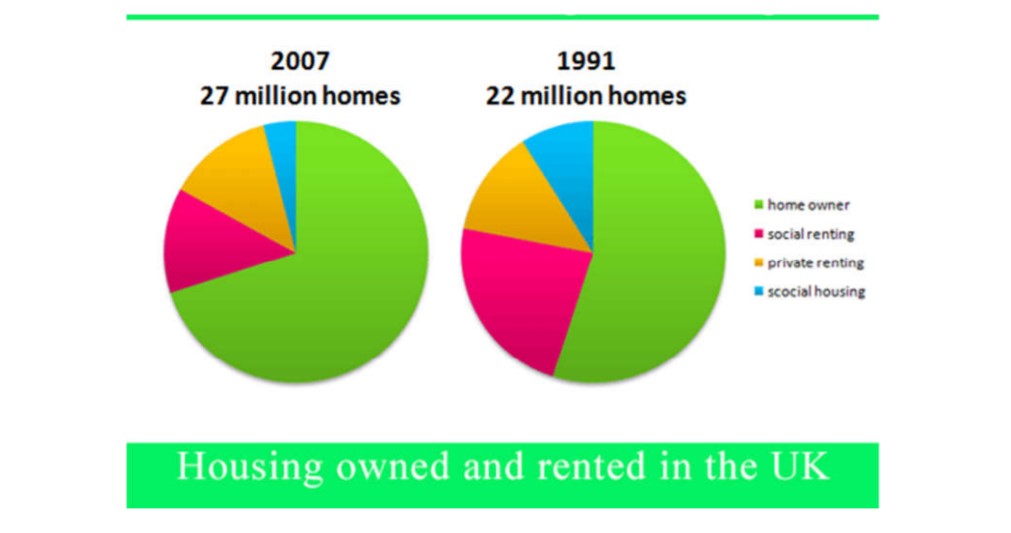 The pie chart illustrates the comparative data of rented and owned homes in the UK for two different years, such as 2007 and 1991. The data was also categorized into four different classes: homeowner, social renting, private renting, and social housing.

In 2007, homeowner increased while social renting and social housing homes decreased compared with the 1991 year. There is no big difference in private renting homes it remains same in both the year. The homeowners in 2007 are almost 70 per cent while in 1991 the percentage value for the same category is 60. Social housing homes become half in the 2007 year than the 1991 year.