The diagram shows the relationship between many different languages. Summarise the information by selecting and reporting the main features, and make comparisons where relevant. Write at least 150 words. 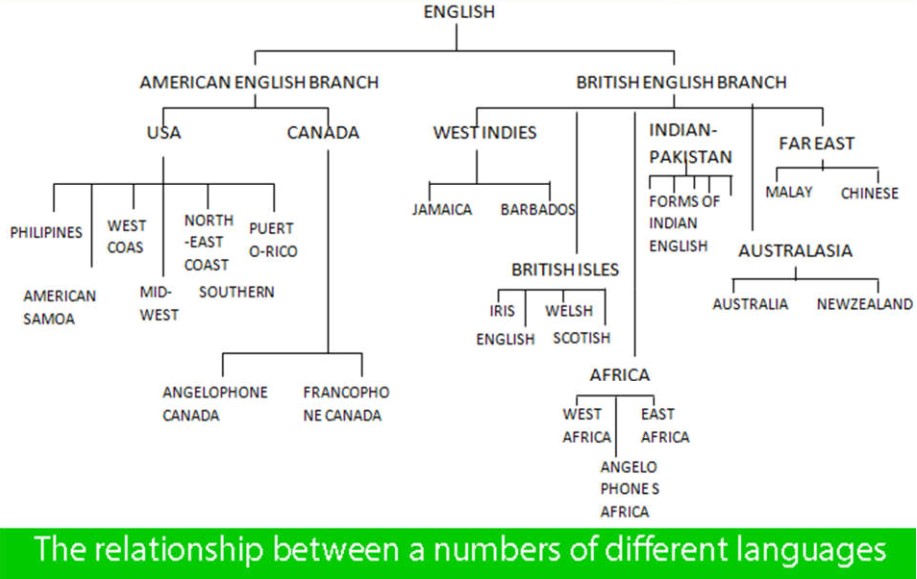 Sample Answer of Relationship Between Many Different Languages

The diagram elucidates the data regarding English makes the bonding within numerous regions. All in all, it is interesting to note that English makes the two branches such as American English and British English. These branches are divided into sub-parts of fields.

At a fleeting glance, it can be crystal vivid that the American English sector is divisible into two nations such as the USA (United States of America) and Canada. Whereas, British partition among the West Indies, British Isles, Africa, Indian continent, as well as far east. British site widespread approximately at fifteen countries. Due to each branch spilled into the two sides. For instance, the west indies are divided into Jamaica and Barbados. While far east into Malay and Chinese.

In American English branch Canada, moving towards the remaining data is divisible into 2 branches as Anglophone and Francophobe Canada. However, the USA sector split between the Philippines, America, Midwest and west coast, Northern and southern coast, and Puerto -Rico.