The graph compares the percentage of international and the percentage of UK students gaining second class degrees or better at a major UK University in 2009. Summarise the information by selecting and reporting the main features, and make comparisons where relevant. 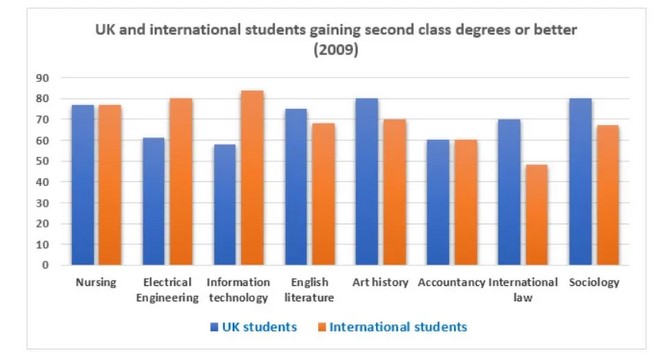 The bar chart illustrates the survey of the UK and international students gaining second-best or better in 8 degrees at UK University in 2009.