The graphs below show the global robotics market during 2000 and 2025 based on sectors. Summarize the information by selecting and reporting the main features, and make comparisons where relevant. 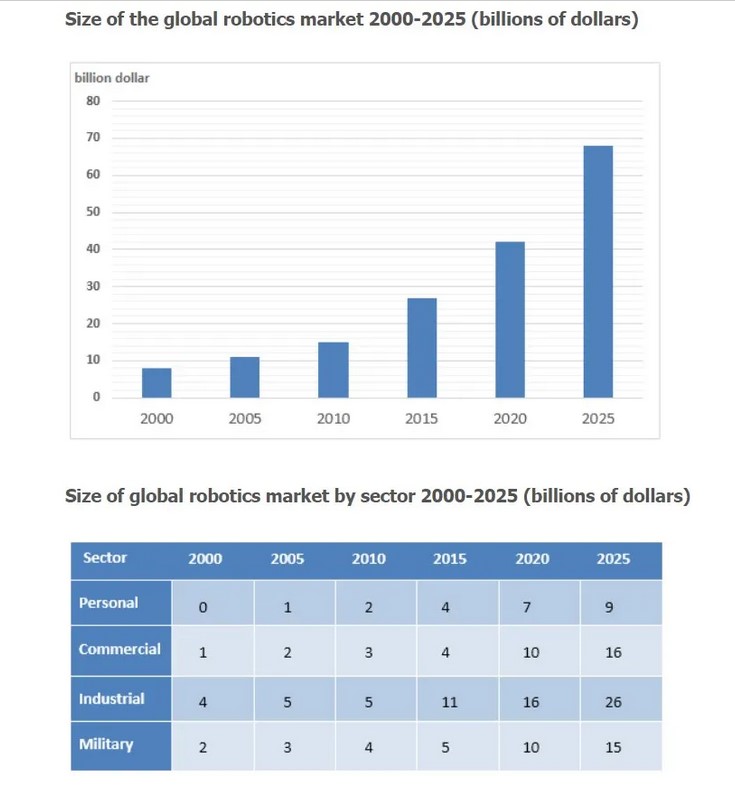 The bar graph and tabular chart illustrate the information regarding the Global market of robotics in 2009 and give predictions until 2025. This was based on 4 sectors, namely personal, commercial, industrial and military. The data has been calibrated in billion of dollars.

Overall, the market for robotic will significantly progress in the coming years, and its industrial use will be predominant.

It is Lucid from the bar graph, worldwide Robotics business in 2001 was a small minority, which was almost get doubled in 2015. Besides this, the robotic market was more than one-fifth in the next decades. Finally, in 2025 this is predicted to jump to approximately 70 billion dollars.