The two pie charts below show some employment patterns in Great Britain in 1992. Summarize the information by selecting and reporting the main features, and make comparisons where relevant. 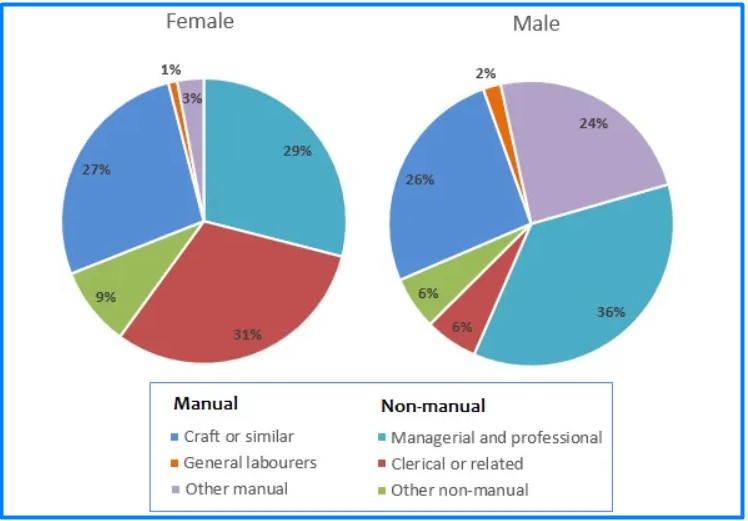 The charts illustrate employment rates in various fields of work in Great Britain in the year 1992.

Overall, most males were engaged in several aspects of manual work as opposed to females, who were predominantly involved in non-manual jobs. Managerial and professional jobs had high numbers of staff irrespective of gender.

The majority of females preferred to be employed in crafts or similar, managerial and professional roles, as well as clerical or related fields summing up to over two-thirds of the total female working population in the period. On the contrary, managerial and professional roles were most popular in their male counterparts, accounting for 36%, which was followed closely by employment in crafts or similar as 26% of men worked in this category, and almost a quarter of them opted for other manual work.