The diagram below shows how electricity is generated in a hydroelectric power station. Summarise the information by selecting and reporting the main features, and make comparisons where relevant. 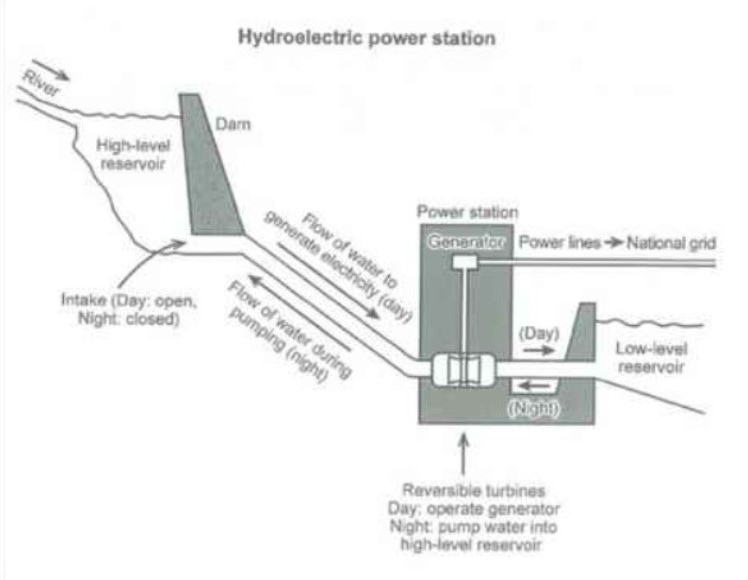 The given diagram delineates the operation of the hydroelectric power station. Overall, the process starts from the river, which supplies water to the dam. However, after the many stages of transformation, eventually, the generator supplies electricity to the national grid through power lines.

Initially, the water is collected from the high-level reservoir in the river during the daytime. Then the flowing water moves into the reversible turbines through a tunnel, where it operates a generator in the power station. The electricity is transferred into the power lines that supply to the national grid.