The bar chart shows the number of visitors to four London museums. Summarize the information by selecting and reporting the main features and make comparisons where relevant. Write at least 150 words. 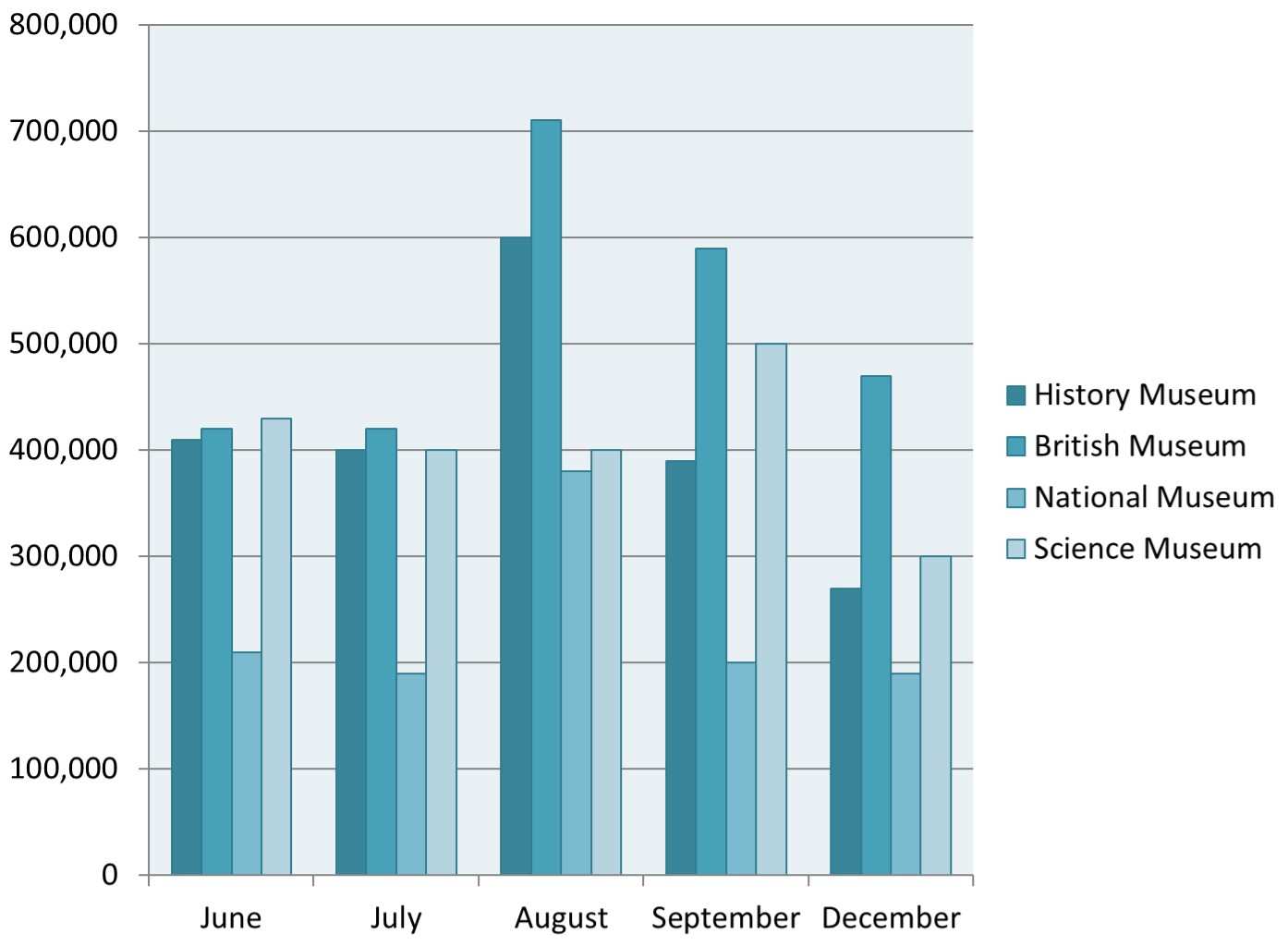 Sample Answer of Number of Visitors to Four London Museums

The bar graph illustrates how many viewers visited four museums in London over five months between June and December.
Overall, in August, the British Museum had the most visitors, whereas the National museum was the last.

As can be observed from the chart, June and July months were almost similar in numbers. The number of people who went to History, British and Science museum was slightly more than 400,000. However National museum had approximately 200,000 viewers. In August, the British Museum was at ht e peak point, which was about 700,000, and this number was the highest of other museums. At the same time, History and National museums were also inclined.

Furthermore, Science museums rose by 100,000 in September, while others declined. After a month, every museum expects British museum had fewer visitors than other months. July and December both moths had a similar number of people in National museum, which were just less than 200,000.