The chart shows days taken off work due to stress-related illnesses by job for men and women. Summarize the information by selecting and reporting the main features, and make comparisons where relevant. 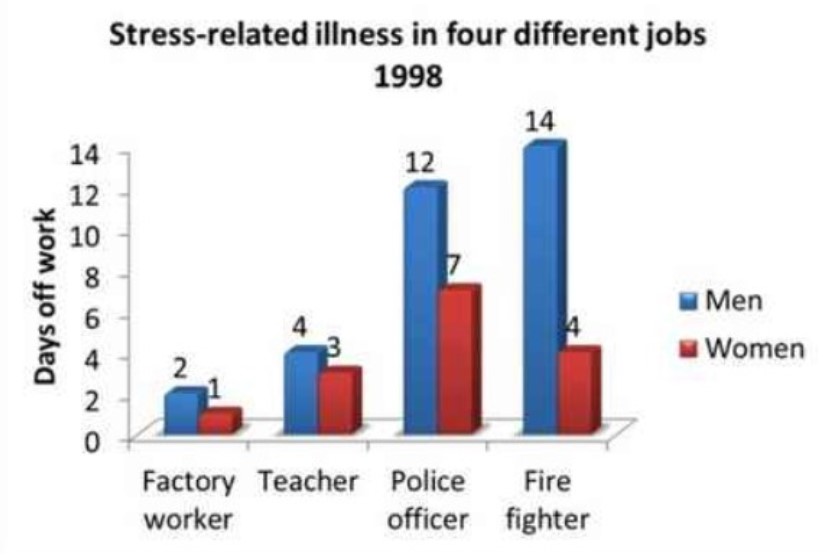 The graph illustrates days taken off from work due to anxiety-related problems in four types of jobs for males and females in the year 1998. Overall, men have taken more leave due to illness compared to women in all four different jobs.

Furthermore, Factory worker and Teacher jobs are relatively less stressful jobs compared to the other two occupations. In the Teacher job, both males and females have taken almost equal days off taken with just a difference of 1 day, which accounted for 4 days off by men and 3 days off by women. While on the other hand, Factory worker occupations show the least days off taken from the job compared to the three jobs with just 2 days off by male and 1 day off by the female.