The figure shows the results of a survey of 1000 adolescents in five different countries. The participants were asked at what age they believed certain rights and responsibilities should be granted to young people. Summarise the information by selecting and reporting the main feature. 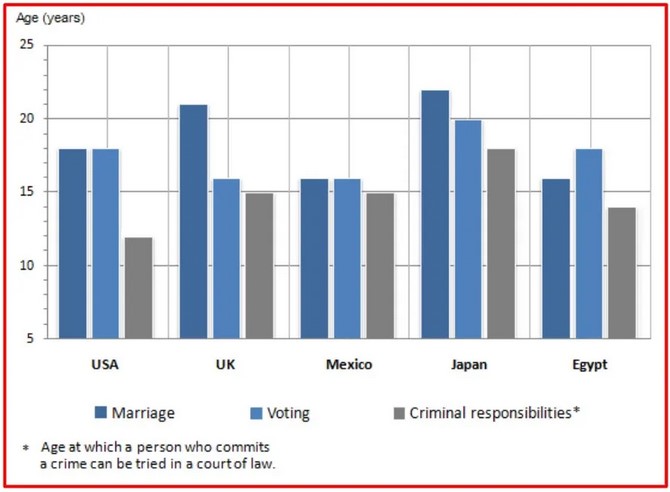 The given bar chart illustrates certain rights and authorities that should be allowed to adults at a young age in five different countries in marriage, voting and criminal responsibility.