The graph below shows the amount of UK investments in clean energy from 2008 to 2015. Summarise the information by selecting and reporting the main features, and make comparisons where relevant. 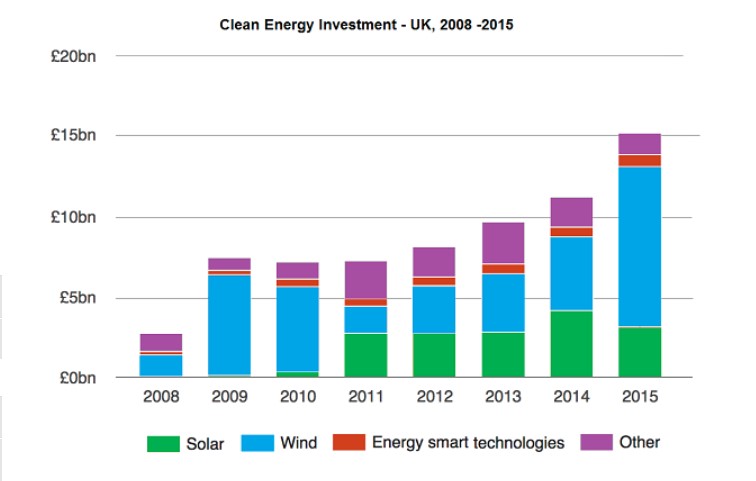 Sample Answer: The graph below shows the amount of UK investments in clean energy from 2008 to 2015.

The given bar chart depicts the national expenditure of the UK on clean energy over 8years from 2008 to 2015.

Overall, over the given years, the highest amount of investment is on wind energy, whereas energy from smart technologies consistently accounted for a lower investment.

The UK government provided consistently higher amount for wind energy, starting from the year 2008 it was almost two and half billion pounds, then the figure almost trebled up in 2009, and 2010which accounted for nearly 8 and 7 billion pounds respectively. However, in 2011 the national investment in wind energy was considerably low; despite some fluctuations in the final year, the government spent more than 20billionpound on wind energy. Over the given year, national funding on energy in smart technologies was consistently increasing, it was nearly one billion pounds in 2008, and in the final year, it was increased up to 4billuon pounds.