The graph shows four areas of accommodation status in a major European City from 1970 to 2000. Summarise the information by selecting and reporting the main features, making comparisons where relevant. 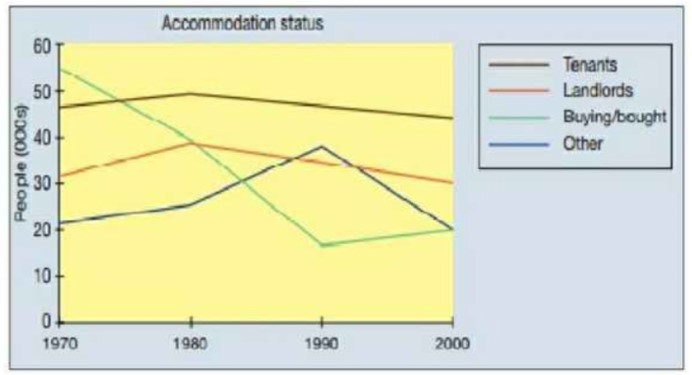 The provided line charts reveal people accommodation status in four different areas, tenants, landlords, buying and others between 1970 to 2000 in a major European city, the number of people measured in 1000.

Overall, in the started years buying bought was on its peak which became less priority for people in last year along with other. However, tenants and landlords had likely the same data in stating and ending years.

Also read: The Chart Below Shows the Internet Users (in Millions) in Different Countries