The pie charts compare the expenditure of a school in the UK in three different years over a 20- year period. Summarize the information by selecting and reporting the main features, and make comparisons where relevant. 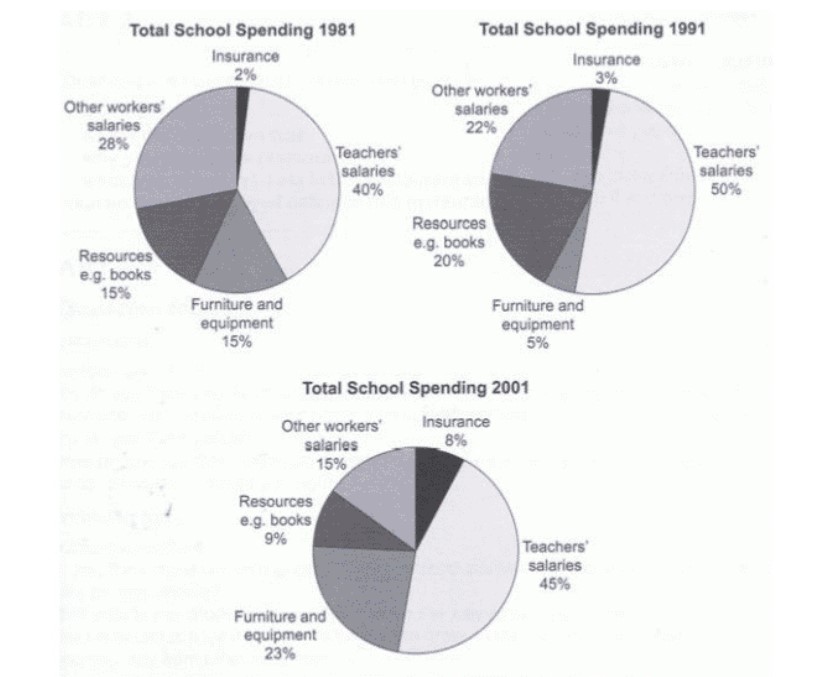 The three pie charts illustrate a comparison of the percentage of money spent on the school in the UK in the years 1981,1991 and 2001.

Moving ahead, the expenditure of a school on resources such as books accounted for 15% in 1981. There was a slight rise in 1991, which was 20%. In contrast, in terms of furniture and equipment were made up 15% in 1981, which declined sharply in 1991. In 2001, with regards to furniture and equipment, 23% of the money was spent by the school, whereas turning to resources, 9 per cent of the money was utilized by an educational institute.