The graph below gives information about changes in the birth and death rates in New Zealand between 1901 and 2001. Summarise the information by selecting and reporting the main features, and make comparisons where relevant. 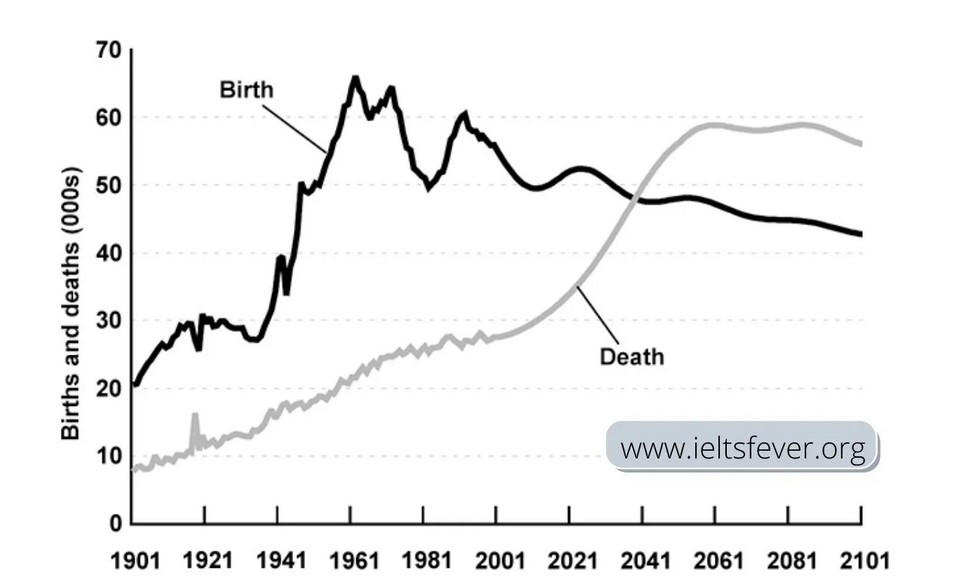 The line chart illustrates the ratio of birth and death in New Zealand over a period of two centuries.

From an overall perspective, the birth rate of New Zealand people showed a dramatic increase from 1901 to 1981. On the other hand, the figure of deaths inclined gradually form over a period of time and it will surpass the birth rate that is predicted.