The bar chart below gives information about the percentage of the population living in urban areas in different parts of the world. Summarise the information by selecting and reporting the main features, and make comparisons where relevant. 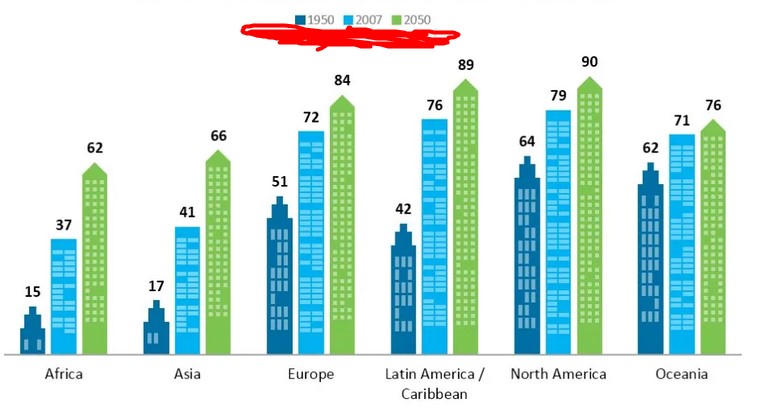 In the above bar chart changes in the percentage of the population in urban areas of different continents like Africa, Asia, Europe, Caribbean, North America and Oceania from the era 1950 to 2007 and 2007 to 2050. The above chart shows the similarities in Continent Africa and Asia according to the growth of urban population in 1950 to 2007 from 15% to 37% in Africa and 17% to 41% in Asia respectively it almost the double of 1950 in 2007 although from 2007 to 2050 the increase in the population around 60% increase in the continent of Africa and Asia.