The diagrams below show the changes that have taken place at west park Secondary school since its construction in 1950. SUmmarise the information by selecting and reporting the main features and making comparisons where relevant, 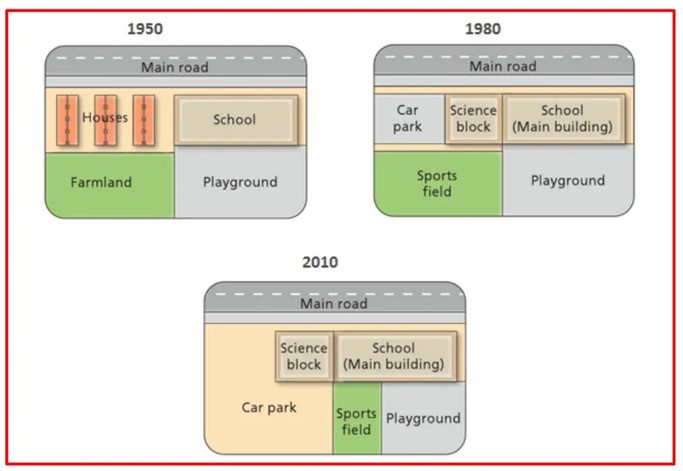 The illustration represents the comparison of changes that takes place at west park secondary school for 3 different years with 30 years interval between them, i.e. 1950, 1980 & 2010.

The school is located on the side of the main road, and it was established in 1950 and during that time, it had only one building and playground. There were houses available besides school also farmland available besides the houses.