Write a report describing the Fertility Rate ( births per woman) in gulf countries between 1990 to 2000 in the graph below. You should write at least 150 words. You should spend about 20 minutes on this task. 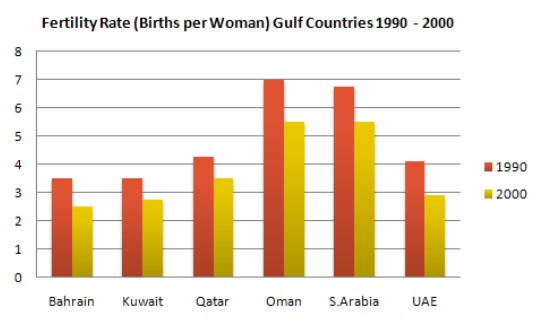 The chart shows the information about the changes in the fertility rate of women in six Gulf countries – Saudi Arabia, the UAE, Oman, Qatar, Kuwait and Bahrain between 1980 and 2000.

In summary, there were major decreases in birth rates in all countries, but some countries in the region have double the fertility rate of other countries.